What is this initiative about?

Gediminas Legion is an association of volunteers whose main goal is to help the city and its people in difficult or unforeseen situations. Gediminas Legion’s mission is to develop volunteers who are able to mobilise in times of emergency, using a wide range of technologies such as cybernetics, the internet of things, drones or data. However, when the pandemic started, they reacted swiftly and provided the help needed to contain the pandemic.

In the summer of 2021, the initiators of the Gediminas Legion launched the idea of uniting the city’s population, especially young people. The pioneers came up with the idea of a resilience test for the city. To find out how much stress risk the city of Vilnius can bear and how this can be managed. They organised a test and invited the citizens of the city, in particular IT professionals, to contribute to the management of the situation if a certain scenario were to happen in Vilnius. They gathered 70 volunteers who took part in the training.

The pioneers of the initiative were aware that the Astravas nuclear power plant, which is not far from Vilnius, was due to come online in September. They realised that if an unforeseen catastrophe happened, it would take a long time for the state to help the people of Vilnius city, so the Legionnaires decided to train the city’s population so that in the event of a situation, there would be more volunteers who could help and who would know what was happening.

In the course of their work, they realised that information attacks were a big problem. We need to bring together people who are IT-savvy, and who can think analytically and rationally in complex situations. Together with volunteers, Gediminas Legionas is ready to handle emergencies in Vilnius.

One of the co-authors of the initiative works with innovation, technology, and vigilance in Vilnius Municipality, so she realised that if there was an emergency situation in Vilnius, the municipality would run out of resources to promptly help the inhabitants of the city, so she decided to set up a vigilant, civic-minded volunteer organisation, which would be able to help the inhabitants of Vilnius city in an emergency.

What is the target group? How are they reached?

The target group is IT professionals and other professions aged 18(20)-35. Multilingual people are also useful, as information attacks may not only be in Lithuanian.

How did the pandemic affect the initiative?

When the pandemic broke out, the Legionnaires concentrated their efforts on managing it: They produced protective shields and masks when they were in short supply, transported medics to mobile stations, medicines, reagents, helped teachers and students to connect to the internet and overcome obstacles related to smart technologies, transported food for medics, collected data on the number of available hospital beds and predicted how many resources might be needed to manage a pandemic in Lithuania.

The Legionnaires took serious action to contain the pandemic, and instead of panicking like the rest of the citizens, they acted rationally and swiftly.

Continuity of the initiative

One of the biggest challenges was what jobs to give to volunteers. With more volunteers than expected, it was difficult to create quickly or to find new challenges for the volunteers so that they don’t get bored, because even though there was a lot of work to be done, there were even more volunteers, and it had to be co-ordinated in a targeted way.

At one point, there were up to 7000 volunteers. They certainly didn’t expect such numbers. Also, the Vilnius Data Centre was created by one group of volunteers. When the data centre opened, they realised what a necessary place it was, because it is useful to know the forecasts, to analyse data.

This initiative aims to bring together a united group of IT (and non-IT) competent volunteers who are able and willing to help in their spare time and who would be ready to help the city of Vilnius in the face of a threat.

The initiative was launched in the summer of 2019.

Historically, Gediminas once invited everyone to Vilnius to trade, and since then all residents have been like shareholders in the city. The basic idea is that everyone in the city is a shareholder. This means that a shareholder takes care of his or her company and does everything to make it safe, attractive and good for everyone.

The organisers of the initiative wanted to convey the idea that every citizen of Vilnius is also a shareholder and has a duty to take care of their city. And they began to develop that idea, and from that, the Gediminas Legion was founded. 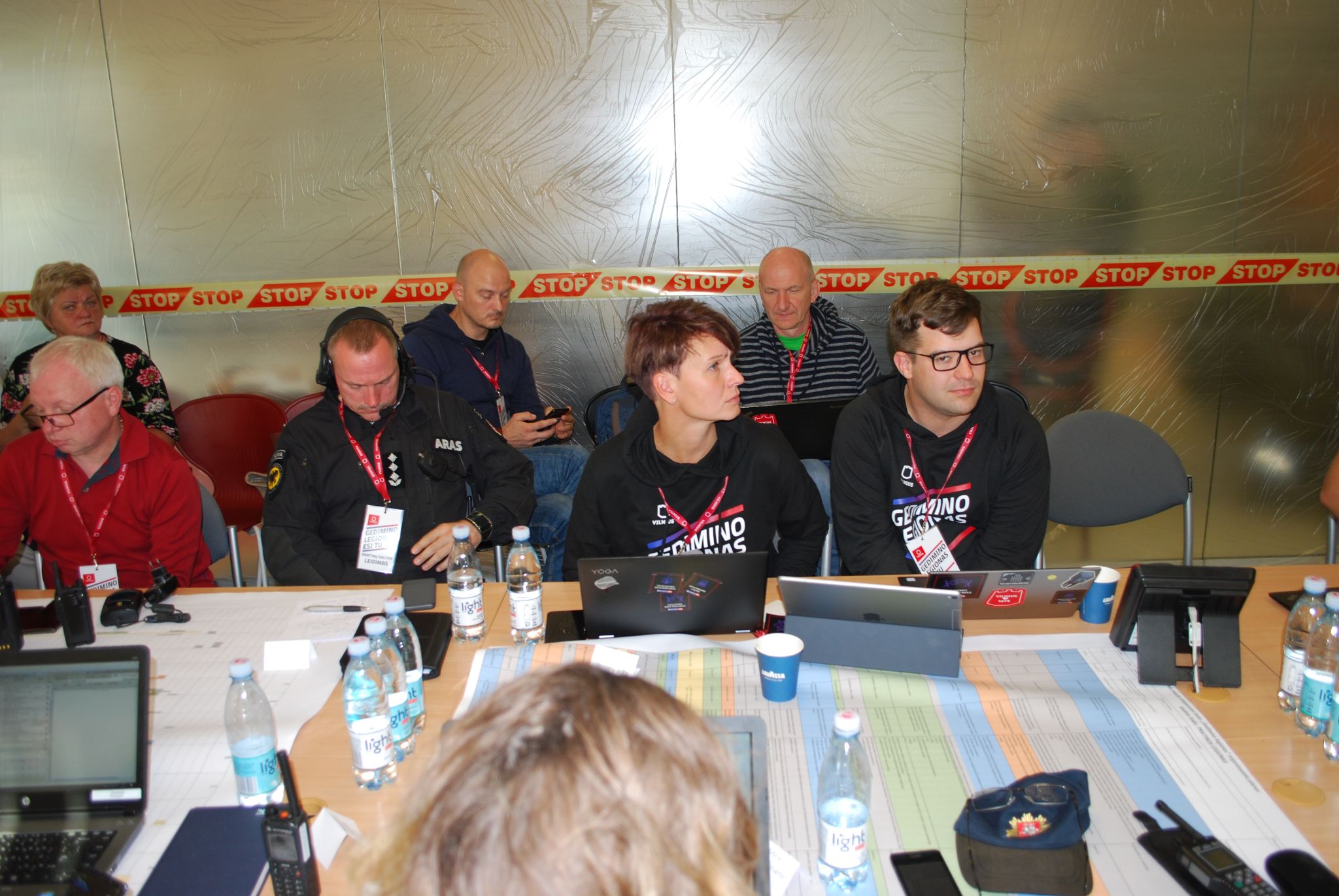