WHAT IS THIS INITIATIVE ABOUT?

“OPEN” started as a new initiative – a project following a perceived lack of knowledge among young people. In the long term, the “OPEN” project established the “Open Youth Career Advice Centre”, a youth space providing career advice to young people.

Working with young people has shown that they are interested and they want to do it.

This space is part of the Public Institution “Human Resources Monitoring and Development Office”, which became an offshoot of the organisation when it was realised that the project could open a youth space and teach young people e-entrepreneurial skills, such as how to work from home during a pandemic or how to set up an e-shop. If you already have an activity, how to take it online or how to advertise it on social networks.

“OPEN” project was set up after seeing a need for information on how to plan a career for young people that was not available in schools or other educational institutions.

So in March 2021, the idea of opening an open youth space where young people could learn how to do this developed. However, at that time there was still a quarantine period, so the real activity of the space started in the summer.

This initiative was prompted by the observation of the staff of the “Human Resources Monitoring and Development Office”, who are in regular contact with young people, that young people do not acquire career planning, entrepreneurship and choice-making skills at school, but want to learn them. The desire to help young people has led to the creation of the initiative.

What is the target group? How are they reached?

However, as this is a large age range, young people select activities according to their age of interest. For example, e-entrepreneurship is for young people aged 17-18, not younger.

However, each “OPEN” project does not focus on a specific group of young people but is organised as a joint activity if the young people are interested.

How did the pandemic affect the initiative?

“OPEN” was in place before the pandemic, but the pandemic has contributed to the idea that we need to continue and expand the project.

Young people no longer knew how to work remotely, what to do, they needed help.

So, due to various factors such as the pandemic, the end of the project and the lack of employment of young people, an open career counselling centre for young people – the Youth Space was created.

On the other hand, as soon as the centre started to operate, the pandemic kept stopping it because people could not get together and group activities were stopped. And it was the very beginning, young people wanted group counselling, not one by one because it’s not as fun. So the pandemic got in the way because young people felt shy at first.

How did the pandemic affect you personally?

The pandemic was a difficult time for the initiator. She and her colleagues were not used to working remotely, so it took a lot of effort to stay within working hours and to produce quality work.

It was also a challenge to learn all the possibilities of remote platforms. It was embarrassing when young people would call and ask questions that the initiator herself did not know. They had to put a lot of effort into research so later they could share knowledge with the young people.

In the beginning, it was quite difficult to know what young people want, what they are interested in, and where they would participate. It was really challenging.

Sometimes it was very difficult to convince young people to come for an unpaid internship, for volunteering, because nowadays young people want to get money for any kind of work, regardless of their experience.

In addition to the fact that young people did not have sufficient digital skills to fully operate online when they were quarantined, the COVID-19 pandemic has highlighted the relevance of digital entrepreneurship. Online commerce has also become popular among young people, but a lack of knowledge means that young people who are just starting out in their careers avoid starting their own businesses. Digital marketing and IT skills are among the most highly valued skills in the labour market, so even young people who have not started their own business are much more likely to find employment if they have competencies in this field.

During the “OPEN” project itself, the number of participants was even higher than the number foreseen in the application, so it was decided that the activities could not stop at the end of the 2-year project. There is a need, so we need to continue the work. This led to the subsequent creation of the “OPEN” Youth Space, an open youth career counselling centre. And during its lifetime, the activity and the number of young people have also been surprising – in almost half a year, the space has been visited regularly by about 50 young people!

The motivation of the participants is also a great achievement. They contact the centre employers themselves, discuss among themselves what kind of lecture they would like to attend, call and tell them. Or they even find a speaker and implement the lecture themselves.

There is also a good relationship of mutual trust. Young people even talk about their personal experiences, such as not knowing how to handle money or how they found a girlfriend. And the Centre’s staff hear and respond to this – at the beginning of October, they gave a lecture to young people about financial literacy. They saw that this is needed because young people go out into life and don’t know simple household things like the difference between a sole trader and a small partnership, or how to pay taxes.

“OPEN” Youth Space is a subsidiary of the “Human Resources Monitoring and Development Office”. The overall organisation is therefore large and covers many social areas. It works not only with young people, but also with the unemployed, people with disabilities, and other social groups.

The “OPEN” Youth Space, a youth career counselling centre, was initially located on the main premises of the organisation, with plans to open a new one in December. One that young people themselves could contribute to and have their own space where they could not only come to classes but also just come and do nothing, interact with each other, and do their own things. 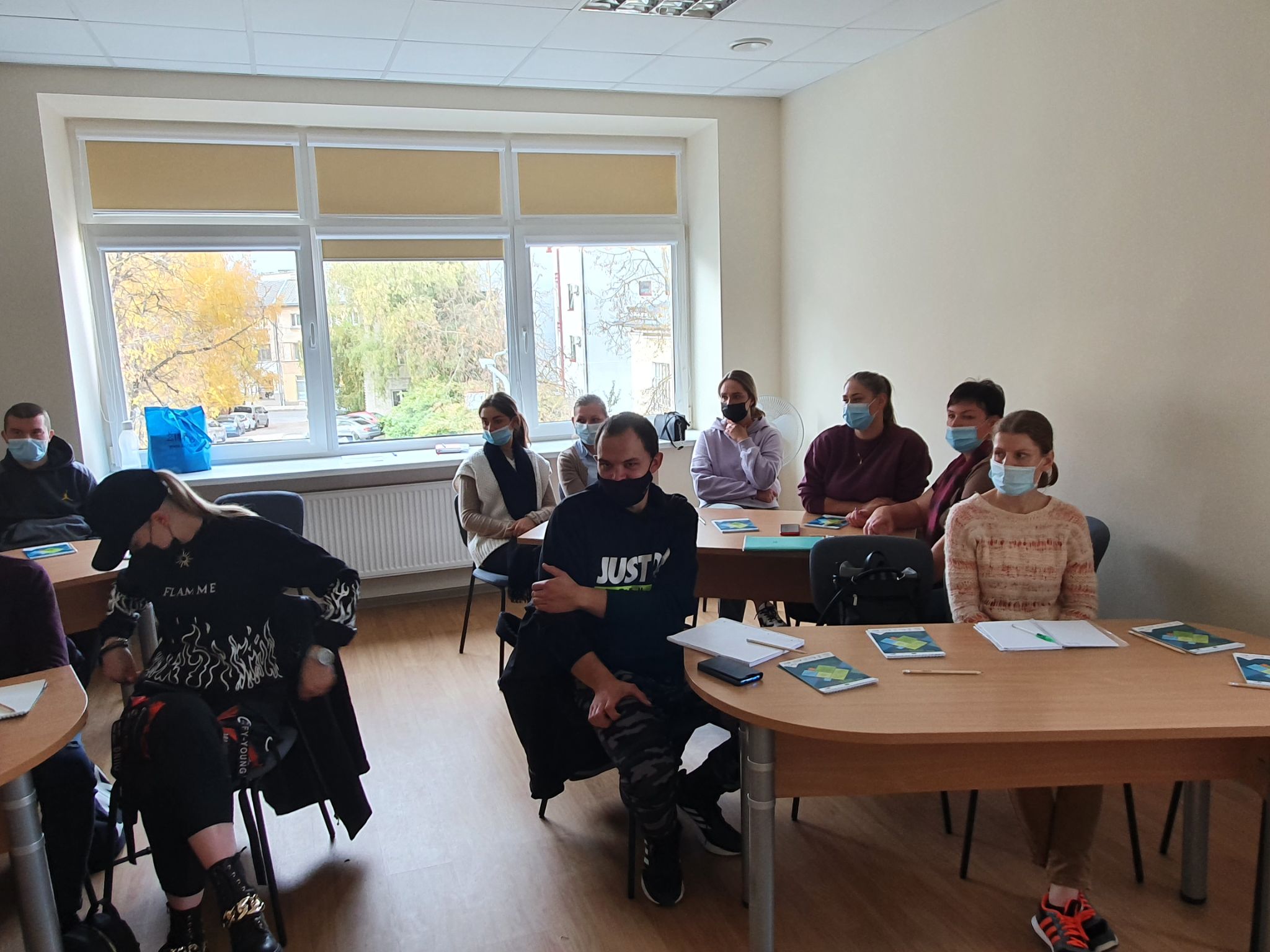 ← MINTIs We change ourselves - we change the world! →