This group of young people has created ELBOW with the self-imposed purpose, or rather, imposed by the situation of COVID-19, because they wanted to help people in need that they saw in their neighborhoods and in the news, although they only had their knowledge and the desire to help.

So with a lot of effort, this group of young people decided to launch a solidarity clothing brand, because the clothing market is very wide and everyone could participate in it, even more so when buying a garment meant changing a life.

In this way, they have been able to help vulnerable people and continue working to increase the scope of their help, because as the origin of their name “They are by the side of those who need it and where they need it” even if they can only bump elbows.

Young people in action, not even restrictions can stop them

The idea of ELBOW was born during the COVID-19 pandemic, every day they saw in the media many food needs or that there was no access to the basics, needs that were not being met, so many people were suffering, however, they realized that they were in a completely fortunate position, they were at home, they were well and from there, their commitment was born, like many other young people.

They were aware of the initiatives that were taking place in the neighborhood communities and in the hospitals.

At that time, they had more time and they had a chance. However, they sensed that once the confinement was over, all these young initiatives were going to die, because of the lack of time in day-to-day life, because we don’t stop to think as much as the situation of the people around us. So they came up with a solution that responded to two things: I) the needs that were not being met and II) the people who wanted to help but did not have time.

This idea was to create a fashion company, because it is something that we all consume, either for self-consumption or gifts, we all buy clothes; the important thing is that the total profit obtained from these sales will be donated to causes in need.

Let’s get to work!

They are a young team and they wanted to give an answer to those same young people who could be in the situation of helping or needing that collaboration. So they set up the team, in which each one of them is the coordinator of a department.

This youth approach they concretized it in a mission/vision and values of solving needs here and that are urgent at the moment, in fact one of the first causes to which they donated the money, is closely related to the pandemic as their hunger lines grew. This showed to them that it is not necessary to go to developing countries to put that grain of sand that we all want to put and that is how they focus it, to face the basic needs, because their vision is to help these people now so that in the future they will be independent.  They do all this bearing in mind that they are all people.

The causes they chose after seeing 40 causes were: “They are Angels” who are young people with severe multiple disabilities who from the age of 21, no longer have access to the schools they go to and are in a vulnerable situation because the centers they should attend are not conditioned and forces them to stay in case, which slows down their evolutionary development due to lack of stimulation and contact. What they do is to pay scholarships in places where they are well cared for.

“Altius Foundation”, apart from its hunger queue, its objective is to provide job training to young people so that they can find employment and stop depending on them. The most important thing is that 100% of the profits they have from the agreement established in the company they donate to these causes, which are renewed annually, they hope next year to have causes that deal with mental health.

What ELBOW has done most is the motivation, the desire they have had and the time they have dedicated to it, because despite having the help, it would not have been easy to get there, but together they all go. One of the criteria to incorporate a new member to the team, is if his family supports him in what he does, because they are many hours and in the end it is a sacrifice of the participants.

There are helpers at all levels and sponsors who altruistically collaborate in the initiative.

Step by step we are helping more

They get everything through the profit they get from the sale of their collections, they are already on their third one, the idea is that it is not a solidarity market but products that invite to buy them, since it is clothing in good condition that is sold with a social purpose, that is the differential value that the brand has, so the sale is extended so that companies and corporate groups.

The approach to young people is their marketing, they connect through social networks, web, they have tried to organize events to the extent that covid has allowed them, they have made two paddle tournaments that have been a success and sporadic stores or pubs, since what most impacts is volunteering and direct contact.

that she does not want a small Instagram brand, she wants to make things

Well, so think that quality and that forever brings.

Elbow is the visible result, but behind it is formed by people who have had their experiences in the pandemic, better or worse, but they have always considered themselves among the lucky ones, so everything that has moved each of them and has lived after the encirclement, is the way they have reflected it at a professional level.

It is necessary to continue

The pandemic has left things that are not positive and everyone hopes that it will not happen again, but we must also look at the other side of the coin. The positive parts have made us reflect and see how fortunate we are and what we can contribute to the world around us and you don’t have to go very far and in the end it is a positive point, that if you had continued with your routine you don’t stop to think, but you follow your lane and see if at some point you would have considered this.

Alba, for example, lost her grandmother in the pandemic, so she lost with the pandemic, but at the same time, she feels that because of the way she is, she would not have stopped her career or her daily life to develop something with as much depth and rigor as they did this company, because from day 0 she said.

The contact persons are Alba and Carmen, who together with their colleagues form the ELBOW team, they help to give visibility and to develop the project in the best way. 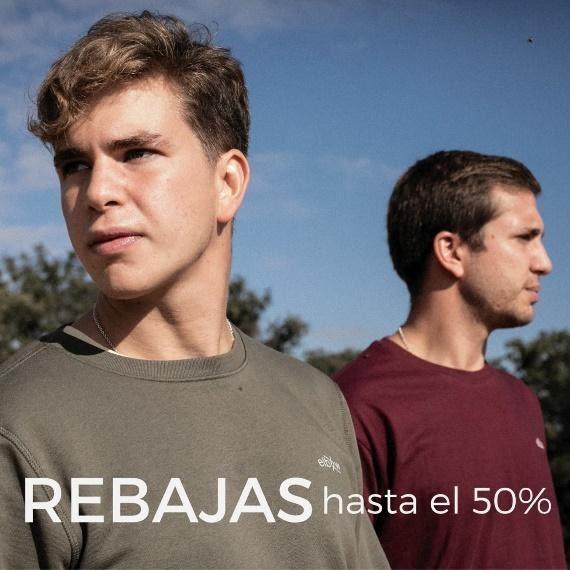