Guiding the political decisions of a municipality of 900 inhabitants and acting as spokesperson for the youth community: Sofia and Martina share with us the birth story of the Consulta Giovanile Gratteri (Youth Council of Gratteri municipality), a small village in the centre of the Madonie Regional Natural Park, Sicily.

The Consulta is an organisation set up three years ago at the invitation of the Gratteri Town Council in an attempt to take on board the needs of young people between 14 and 35 yo and proactively propose them to the municipal council.

In addition, the Consulta is involved in organising leisure activities, training and conferences. In particular, they have recently been working on projects on sustainable tourism, focusing on the needs of the area: the creation of a network between the Madonie and Provincial councils was fundamental when the COVID-19 emergency began.

“We got in touch with realities like our own. In exchange, we have become stronger, more unified and more aware of the role we can play in our hometown, despite our young age and the various commitments it poses.”.

Dealing with problems is ageless

This exchange allowed the council to believe that it could direct its activities towards a wider audience, not only young people, by involving the older citizens as much as possible in discussions on hot topics for the young generation.

In particular, Sofia and Martina remember meeting Claudia Fauzia, a feminist economist known on Instagram as La Malafimmina, on one of the village steps, which attracted people of all ages.

Hence the chance of overturning the idea that problems should necessarily concern only the younger generation or the generations to come. While on one hand the council’s action focuses on environmental issues and sustainable tourism explained to the youngest, on the other hand it tries to bridge the generation gap by involving the elderly.

“At the beginning of the pandemic, we asked the children to talk to the elderly, to interview them to find out how they felt during the pandemic, to discuss the use of masks”.

Therefore, one of the council’s priorities is the tourist and social development of the area. In this regard, last year they collaborated with the promoters of the visitgratteri.com portal and try, during the assemblies, to collect ideas and points of view to understand which instances can be growth for the entire community.

“We are few but we are full of life and resources”.

The pandemic halted plans, projects and activities and even the young people themselves, the strength was to react and go against the current. Sofia recalls that they decided to use the means at their disposal, namely social networks, to find contacts and address the issues they cared about in live streaming with guests from other regions.

This is how Di la natura vantu e fantasia (Nature’s pride and fantasy), a format of live meetings on Facebook, each episode focusing on a specific aspect of the territory (historical, cultural, recreational).

“The best thing was to really become a group, a family. We saw each other (online) almost every day to prepare the live broadcasts, we confronted each other and put all our weaknesses on the table. I think that period did us good. Hopefully this year everything will calm down. Last summer we organised something, but organising events or doing something more challenging became dangerous because of the uncertainty of the pandemic. What we continue and will continue to do is to raise awareness so that Gratteri does not become a bubble. Gratteri cannot be and we young people do not deserve to live in a bubble. And we want to act as an intermediary for future generations and those who came before us. Hence the approach to themes such as Sicilian feminism and the environment, which in small realities struggle to arrive. We want to bring these distant things to Gratteri. We want to make 900 people become part of a much bigger world. And so far we have succeeded”.

The experience of the pandemic fuelled the need for all the members of the Council to pass on to their peers the possibility of networking and creating a future in the area. Those who often leave them do so unaware of the opportunities that networking with other realities can generate. The dream is therefore this: to rediscover small villages and adapt activities to the desire to learn and grow together. 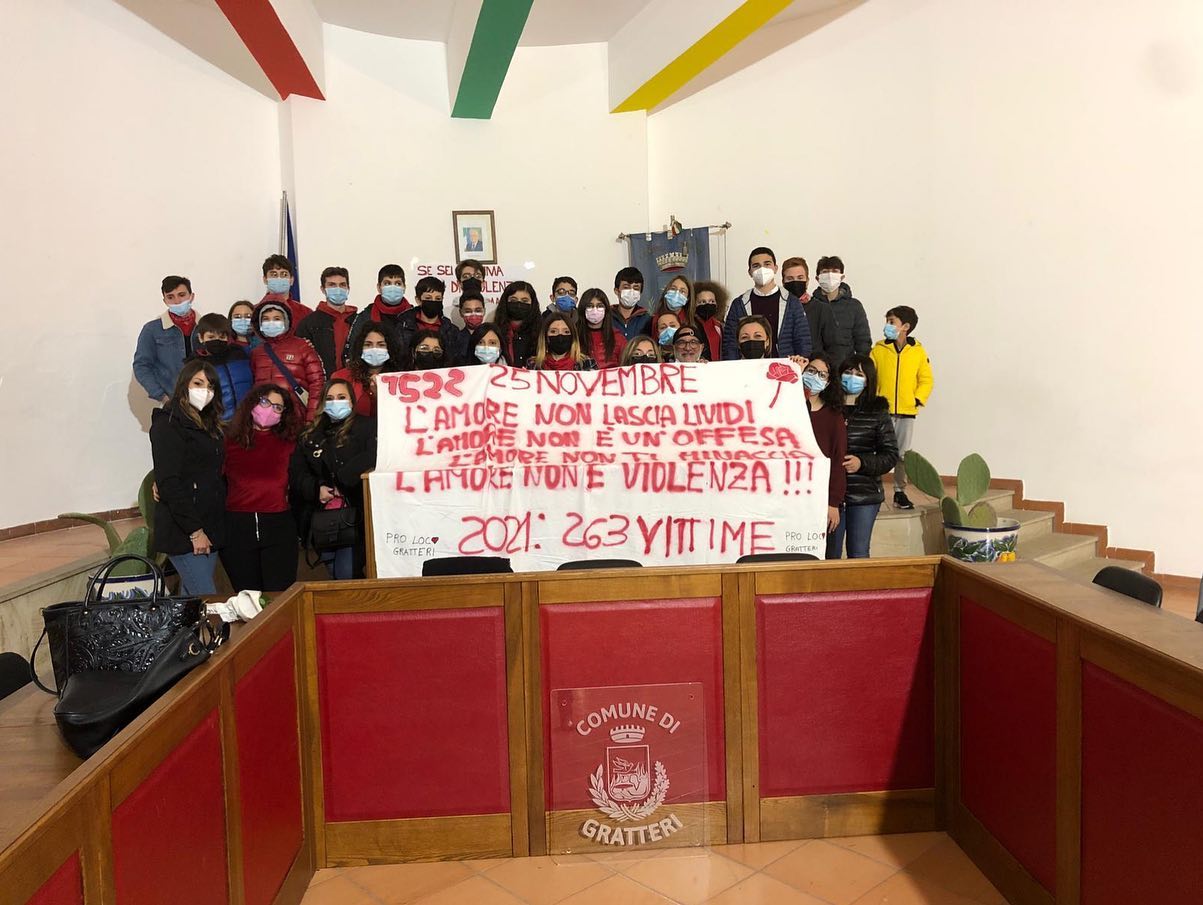