TAKING CARE OF YOUR TERRITORY BY RE-GETTING USED TO BEAUTY

Stories of voluntary migration have accustomed us to tales of young people leaving their homeland to secure a better future. This is instead a return to the origins, the story of how to rediscover a sense of belonging by stimulating participatory urban regeneration.

Alfredo, Aurelia and Jacopo are the example of a generation that has rediscovered a new way of approaching the city and the world of work. As students they joined Tu Sei La Città, an association created to raise awareness of environmental issues, planning organized cleaning actions in some neighbourhoods of Palermo.

“I joined (the association) right during the pandemic, I was attending a master in Euro design in Bologna.  Andrea (co-founder of the association) asked me if I wanted to come back. I thought that in a situation of global pandemic, where everything is questioned, it would be very nice to come back home and do much more. I came back and together we decided to give a design imprint to the association by setting medium to long term goals.”

COVID-19 has instilled in people a sense of disillusionment and powerlessness that can only be overcome by bringing back hope and reacquainting them with beauty. The fulcrum of the association’s action therefore becomes public participation, understood as a bottom-up involvement of citizenship in a process of participatory urban regeneration that focuses on the most peripheral urban areas.

To regenerate is to give new life to a place. It means not only redeveloping a territory in a physical and architectural sense, but also human and social reconstruction. And this aspiration was born from the need for personal regeneration, as told by the representatives of the association, from the individual need to make their passions a work activity that collimated with the enhancement of the traditions and historical roots of the city of Palermo.

“We have created interesting activities such as the treasure hunt on the Beati Paoli, structured with the involvement of the inhabitants and merchants of the neighborhood within the Capo market, according to tradition the place where the sect secretly operated. Or again, the treasure hunt dedicated to the Vespers and the revolutionary movements of Palermo, set throughout the historic center.”

The purpose of these activities is the discovery of a piece of history of the city, stimulating a proud and genuine civic sense without forgetting the attention to environmental sustainability. And that is how the initiative was born Even a stub makes a difference, a campaign to raise awareness against the dispersion of cigarette butts in the environment that has provided for the distribution of portable ashtrays, or the cleaning of the beach of Porticciolo della Bandita with the involvement of local fishermen.

Among the projects studied during the lockdown, that of a bicycle path of 60km donated to the city of Palermo and a garden square available to citizens in the premises of the Salinas Museum.

“It is necessary to use equipped areas for sports and after-school activities to prevent school dropout.”

Criticalities of bottom-up action and benefits of design

From the economic point of view, the boys and girls who are part of the association have invested a lot in themselves, their skills and resources. They have not received institutional aid, but they hope that in the future it will be possible to have a youth representation within the councils in order to start participatory processes tailored to the new generations and closer to the problems to be addressed.

Hence the importance of networking opportunities offered by European projects and REBUILD, very useful to connect local and international realities, to search for future relationships or support the implementation of projects.

“Only together we can find the energy, the passion and the professionalism to be able to do something and design together“.

To create change and participatory urban regeneration, with a focus on the relationship between the center and the periphery.

The world changes by your example, not just your opinion. 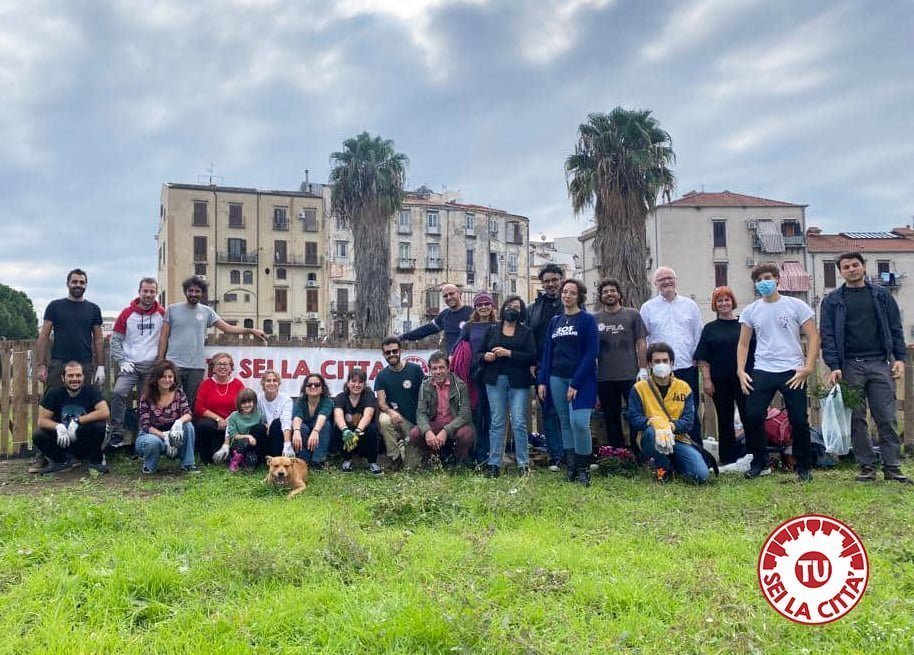